God's House for All

Home / Who We Are / Our Building

The First Church congregation met initially in a log cabin and in borrowed spaces, and was established before the founding of Evanston – indeed, Evanston’s first church.

After a few years, with larger numbers and more financial support, in 1856 the congregation dedicated “The White Frame Church,” built at a total cost of $2,800.

The congregation outgrew that structure and moved in 1872 to “The Church with the Spire,” an impressive brick building on our current location. That structure seated 1,000 and the congregation incurred a debt of $70,000. In 1909 (after the debt was paid), the spire was found to be structurally unsound, and the entire building was torn down.

The current building, designed by Thomas Eddy Tallmadge, an architect and church member, was dedicated in 1911. The Neo-Gothic structure has since become an iconic feature of the town’s landscape. The main sanctuary contains many elements of traditional cathedral architecture, such as stained-glass windows and an elaborate, carved wood altar. The First Church building also encompasses Tittle Chapel, used for smaller gatherings, as well as multiple classrooms, meeting spaces, and a commercial-sized kitchen.

The church’s cloistered courtyard includes a Memorial Garden and labyrinth.

On weekdays Total Child Preschool occupies the second floor along with Great Hall and the outdoor playground.

Printed material on the building’s architecture and stained glass is available in the church office, and tours are occasionally offered after worship.  Please stop by the Welcome Spot after worship. 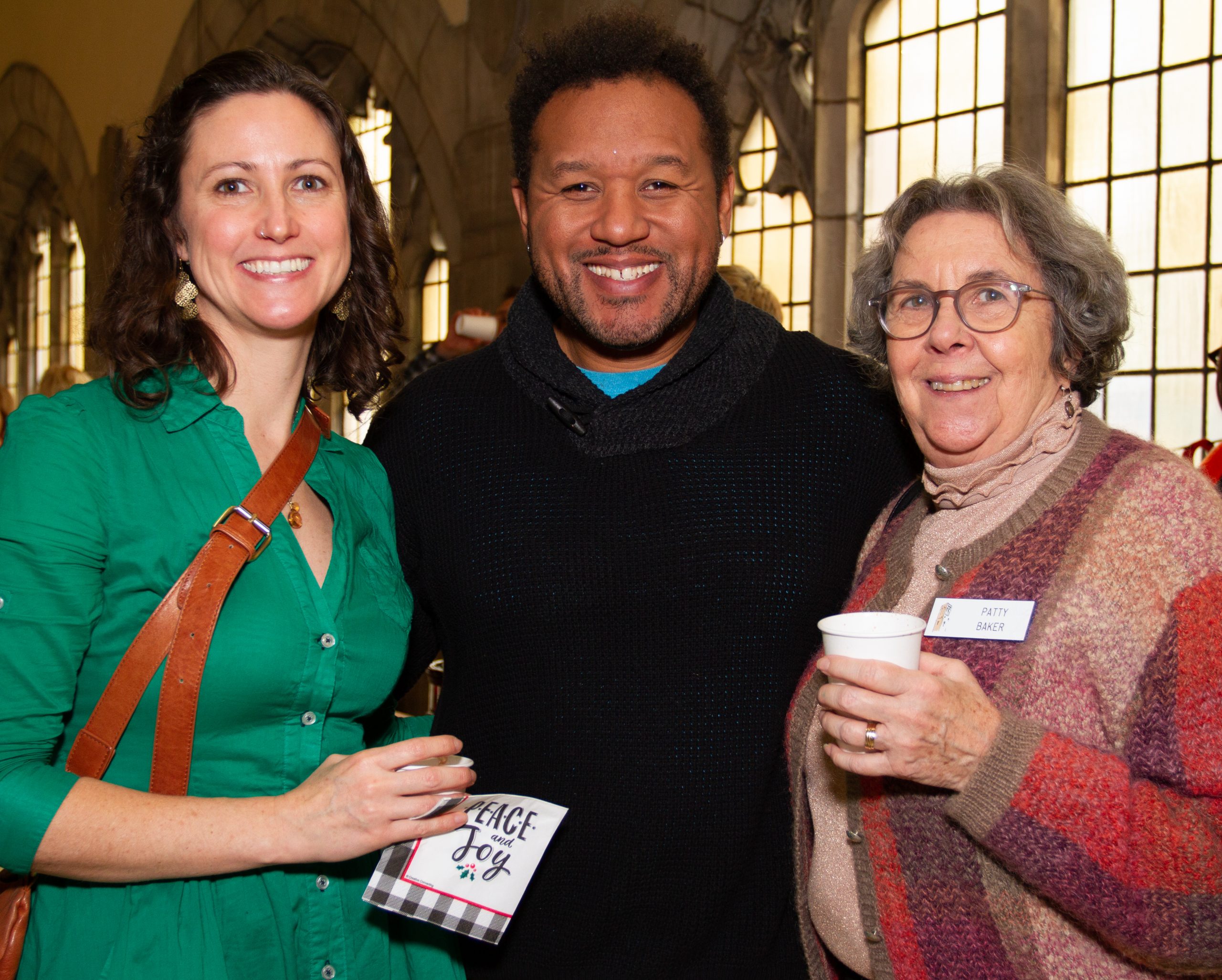 Interested in volunteering? Looking to build meaningful relationships? Want to see what’s on the calendar that sparks your interest?